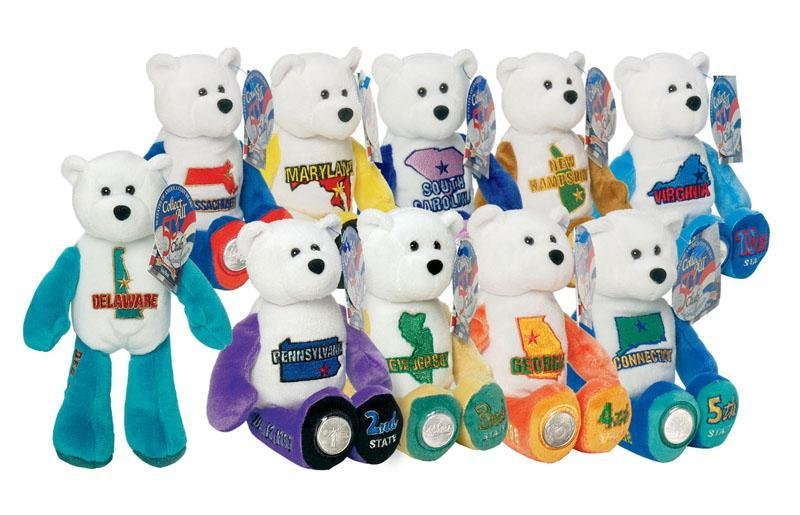 Do you remember the Beanie Baby fad and how customers would stand in line just to get one beanie bear?  The fad of the Beanie Baby as we knew it back then has come and gone. Yes, the beanie babies are still out there but new fads evolved... the U.S. Mint state quarters combined with cute 9” collectible stuffed bears.

The story of the cute state collectible coin bears begins 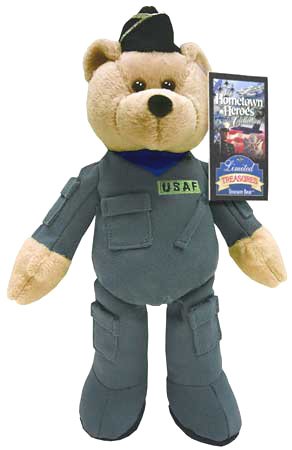 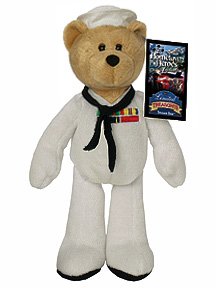 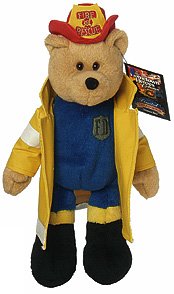 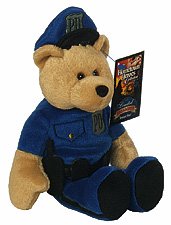 In 1999, the U.S. mint initiated a new state quarter program featuring each of the nation’s states in the order they were ratified by the constitution or admitted into the Union.  The 50 State Quarters were to be minted over a 10 year period with five different states being released each year. Each state quarter was to be produced for about 10 weeks and then never to be produced again which made the earlier  coins harder to find.  And so, the collectors started collecting the states quarters as they were released. 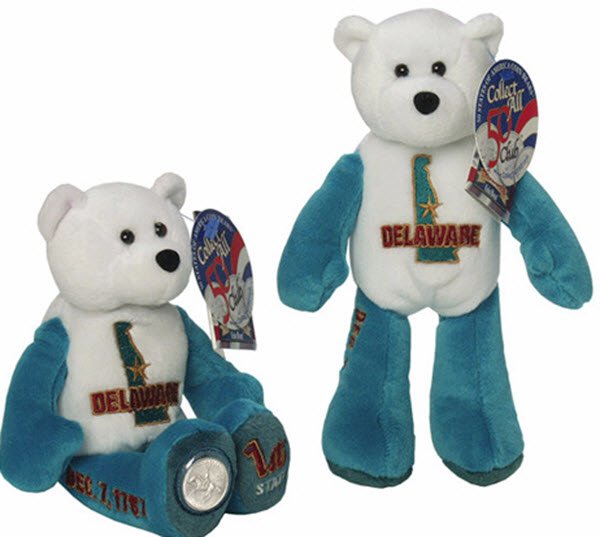 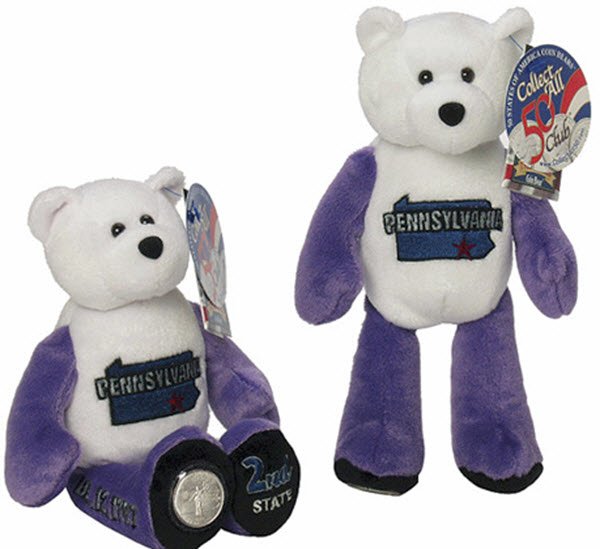 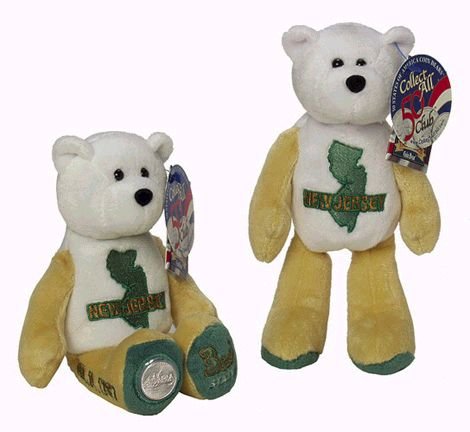 During this time, Limited Treasures started producing state quarter coin bears about 6-8 weeks after the U.S. state quarters were released.  Each bear was designed with different colors and its statehood number on the bears left foot.  An actual U.S. minted state quarter was mounted on its right paw.  The date the statehood was embroidered on the side of its right leg.  (See chart below for each state and statehood.)  To give the bears more history, the state’s name was embroidered across the chest of the bear with the outline shape of the state the bear representative.  Inside the shape of each state. an embroidered star was located representing  the approximate location of the state’s capital. 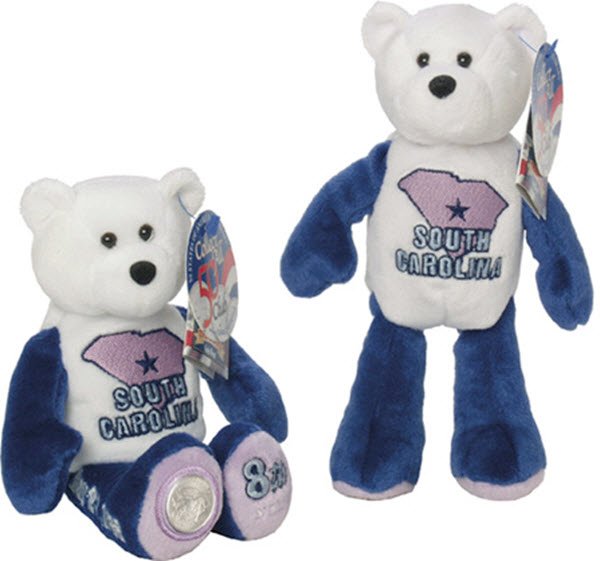 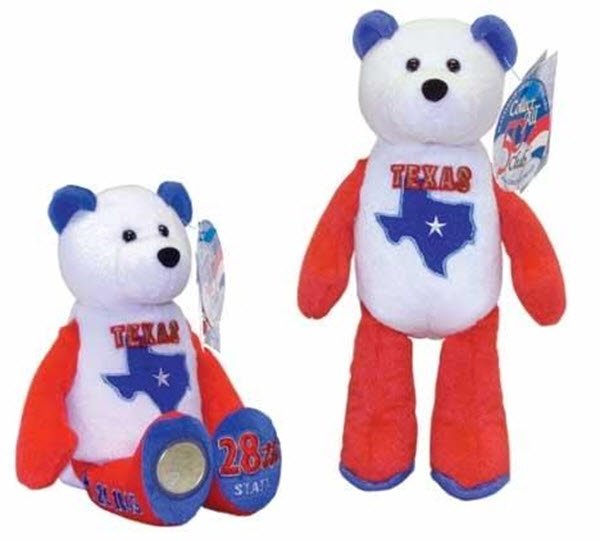 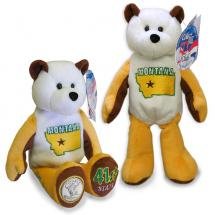 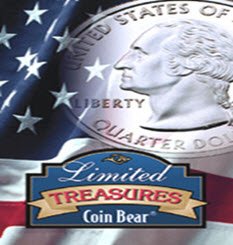 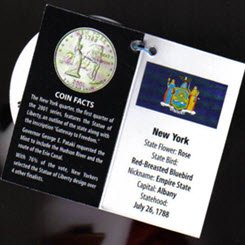 On the butt/tush of each bear is a small label bearing Limited Treasures trade mark.  On back of label is the date bear was manufactured and information about the material used in the bear:  “All New Material Polyester Fiber and P.E. Pellets.”

To verify the bear and state quarter was an authentic Limited Treasures collectible coin bear, a counterfeit resistant hologram was placed on the back of each hang tag. 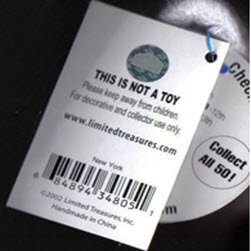 At the same time, there were other companies making small stuffed bear and placing a state quarter on the chest of the bears, but these bears did not seem  to be as popular as the Limited Treasure state quarter coin collectible bears.

Since the state quarters were not being produced any more, many of the state quarters were becoming limited.  As long as Limited Treasures was able to obtain the quarters, the bears continued to be made. However, many of the quarters are no longer available for the bears…thus the bears are no longer being produced and are becoming very limited.  Retailers are no longer able to obtain them for sale now. So when trying to buy any of the Limited Treasure bears individually, be sure the retailer has the bear before you start your collection. Some retailers hold the more limited bears back for their bear sets rather then selling them individually.  However, there are still bears to be collected you just need to watch out for them.  Who knows, as the coins become more valuable, your collectible coin bears may also become more value due to the coins are no longer being minted.

Chart of each State and its Statehood Admission Date

Below is a chart with not only the number of each state  admitted to the United States, but the name of the state and the date it was admitted/Statehood.  You will also find this information on each of the collectible state coin bears  making the bears not only cute but educational. 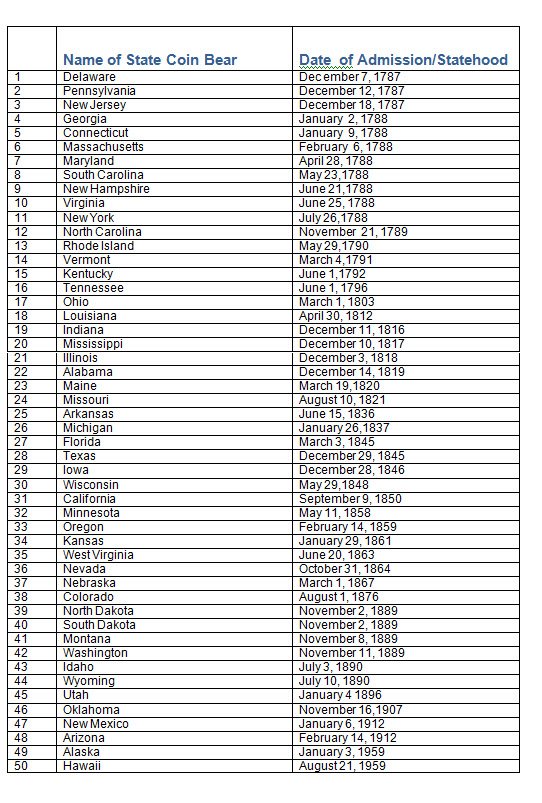 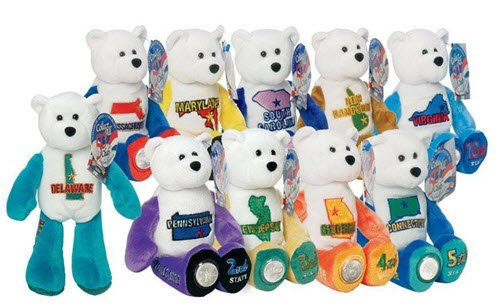 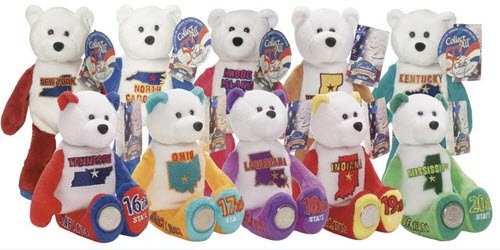 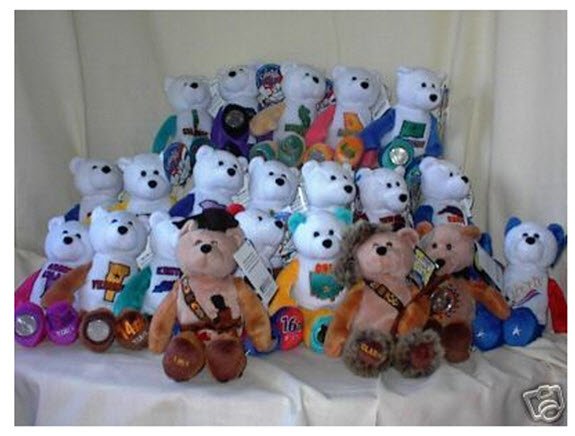 Have fun collecting these adorable 9" Limited Treasures State Quarter Coin Bears.  But remember ... these state quarter collectible bears are not only cute, but educational also!